As part of the digital edition of the Gothenburg Book Fair Sep 24-27 in Sweden we present the premiere of a film about this year’s laureate, the Korean picture book maker Baek Heena. Viewers will also have the chance to see the 2018 award-winner Jacqueline Woodson talking about her latest novel Red at the Bone, live from New York.

On March 31, 2020, the Astrid Lindgren Memorial Award struck like a bolt of lightning in the life of the South Korean picture book artist Baek Heena, as she put it herself; “I was so happy, it was like getting a phone call from God.” A new Astrid Lindgren Memorial Award film about this year’s laureate will be premiered at this year’s digital Gothenburg Book Fair. The film is directed by the Korean director Lee Young-Hoon. We meet Baek Heena in the city of Seoul where she lives and makes her books. In the film you get a glimpse into Baek Heena’s meticulously constructed picture book worlds, what drives her as an artist and what impact winning the world’s largest children’s and youth literature prize has meant for her.

From the New York studio of this year’s Gothenburg digital book fair, the 2018 Astrid Lindgren Memorial Award (ALMA) laureate Jacqueline Woodson participates in a conversation with the journalist Nina Svanberg about her new adult novel Through marrow and bone. Jacqueline Woodson is active in the Black Lives Matter movement and has published more than 30 books for young readers as well as novels and poetry. Racism is a recurring theme in her writing. The seminar is broadcast in collaboration with the Swedish Consulate General in New York and is arranged by Woodson’s Swedish publisher Natur & Kultur. 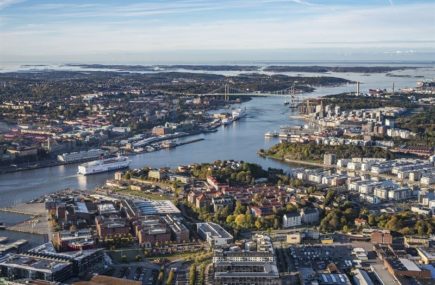 Nordbygg has been moved to April 20-23, 2021. The decision has been taken in close consultation with Nordbygg’s partners in the construction and...
Visa kalender